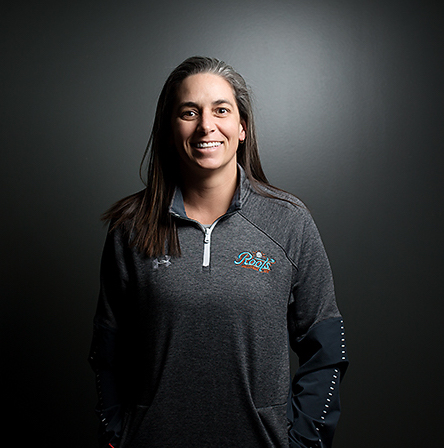 Lindsay found her love for volleyball at the early age of 12. She attended Austin High School and helped the Maroons win a State Championship in 1992 (as a sophomore). Rosenthal’s high level of play led to numerous awards including earning Texas All-State team and Under Armour High School All-American honors. She graduated from AHS in 1995 and continued her volleyball career collegiately earning a full, four-year scholarship to the University of Notre Dame.

Rosenthal was one of the most versatile and consistent players in Irish volleyball history. She appears in the Notre Dame career record books in 11 categories and played in all but one of the team’s 133 matches during her four-year career. As a senior in 1998, Rosenthal captained the team to its seventh consecutive NCAA tournament appearance and a fourth straight BIG EAST championship, earning first team all-district and all-BIG EAST conference honors. She also was named a first team GTE/CoSIDA academic all-district honoree and received team honors as the National Monogram MVP and Knute Rockne Scholar-Athlete.

Off the court, Rosenthal earned the 1999 Christopher Zorich Award, which recognizes contribution to the University community and the community at-large, represented the University of Notre Dame on the Big East Student Athlete Advisory Council, and was one of 10 Notre Dame students to receive the Student Leadership Award from the Office of Student Activities. She was also a member of the academic all-conference team all four seasons she played. Rosenthal graduated with her Bachelor’s degree in 1999 (majoring in government, English, and history) and continued her education at Seton Hall University receiving her law degree in 2004.

Rosenthal has coached club and beach volleyball on and off for the past 20 years. Her teams have had many successes under her leadership, including earning a bid to USAV Girls’ Junior Nationals 8 of her last 10 club seasons (11U, 12U, 13U, 15U, and 16U).

Rosenthal is in her fifth season as a Director for Roots Volleyball. Lindsay and her husband, Mike, have four children together (Kasen, Tanon, Tread, and Lerin).