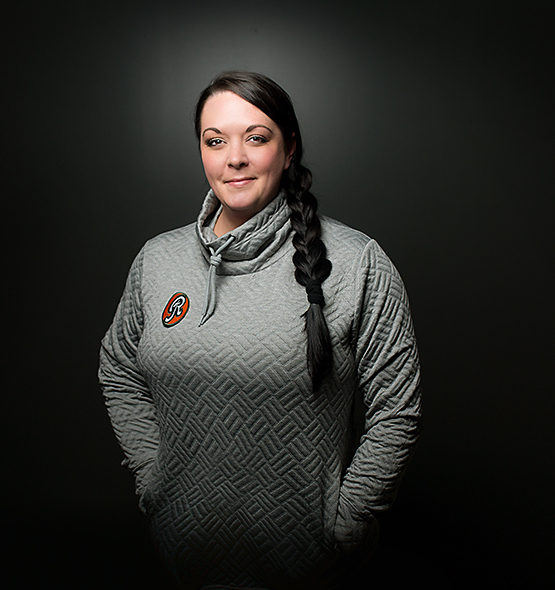 Her 2015-2016 team, 16 Green, qualified for the Tour of Texas by going undefeated in their 8 matches played and finished 5th out of the top 24 teams in the state of Texas at the Tour of Texas Finals (prequalified for the 2016-2017 season). 16 Green finished 5th at the Windy City Qualifier (USA division) in Chicago, Illinois and secured their bid with a 2nd place finish at the Show Me Qualifier (USA bid) in Kansas City, Missouri. 16 Green finished in 11th place (USA division) at the USAV Girls’ Junior National Championship in Indianapolis, Indiana. Anderson also served as the assistant coach for Texas Eclipse’s top 18s team – 18 Green. 18 Green qualified for USAV Girls’ Junior National Championship early in the season at the Northern Lights Qualifier (USA bid) in Minneapolis, Minnesota. They finished 19th at the USAV Girls’ Junior National Championship in Indianapolis, Indiana (USA division).

Anderson was a 4-year starter for Louisiana Tech University (2001-2005). At LTU she was voted team captain, team MVP, team top defensive player, and was the Student Athletic Committee representative. She also earned honors as a four-year member of the WAC Academic All-Conference team. During her senior season as LTU’s libero, Anderson re-broke her previously set school record for digs per game in a single season and continues to hold that title. She is also currently third in career digs per game and fourth in total career digs. In 2010, she was one of the six players named to LTU’s All-Decade Team (2000-2010). Anderson graduated from Louisiana Tech University with a Bachelor of Arts in English. Previously, Anderson attended Waxahachie High School in Waxahachie, Texas. During her senior year as the Lady Indian’s starting outside hitter, she led her team to the Texas Regional Semi-Finals and was named the District 10-4A MVP. She also served as her team captain and earned team top hitter and team MVP honors.

Anderson is entering her 17th season coaching volleyball. Before joining Roots Volleyball, Anderson coached two seasons for Ellis County Juniors (Waxahachie, Texas) and one season for Impact Volleyball Club (Nashville, Tennessee). This will be her 16th season with the Roots Volleyball family and her 9th season working full time for Roots Volleyball as a Director.  Heather and Aaron currently reside in Leander with their dog, Rocky.