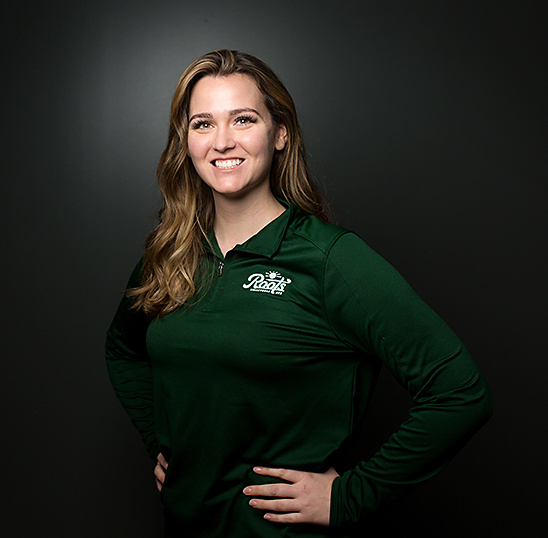 Rob Taliaferro has been coaching at Roots Volleyball for 8 seasons and will oversee technical directing for the 13U-15U age groups, putting a lot of focus on the development of those age groups as they move through middle school and into high school. She will be working with all coaches in these age groups to get our players on track for success.

Rob was a four-year starter for McCallum High School and played 6 years of club volleyball for AIM and Austin Metro. Taliaferro attended college at the University of North Texas, where she played and coached for the University of North Texas Women’s Club Team. While earning her degree, Rob served as the assistant coach for Denton High School varsity volleyball team. She left Denton and returned to Austin in 2010 to finish her degree. Taliaferro graduated from Texas State University with a Bachelor’s Degree in Sports Management and a minor in Sports Psychology.

Rob is also the Junior Varsity volleyball coach at Hyde Park High School. This is Rob’s 9th season coaching with the Roots Volleyball family. This is also Rob’s first season full-time with Roots Volleyball as a Technical Director and Program Director.