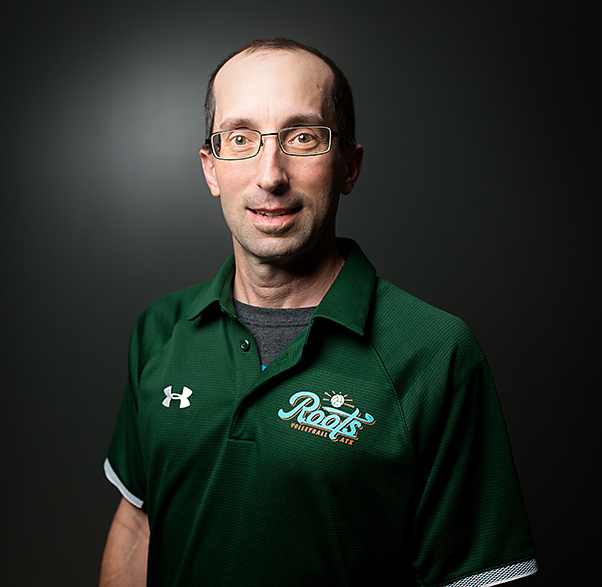 Tom was born in Raleigh, North Carolina. He graduated from Garner Senior High (1989) and went on to earn a Bachelor of Arts in History with Phi Alpha Theta honors from the University of North Carolina – Wilmington (1994). The sand volleyball courts were where you could find Tom if he wasn’t in class. Following graduation, he left North Carolina and moved to Houston, Texas to attend graduate school at the University of Houston.

Tom and his wife, Cynthia have two daughters, Olivia (19) and Charlotte (16).  Both girls have been playing volleyball since grade school and Charlotte currently play for the Glenn High School Lady Grizzlies.  It was his daughters’ passion for the sport that led Tom into coaching.

Outside of Roots Volleyball, Tom works in Pflugerville for Environs Architectural Millwork as a drafting engineer, detailing both cabinets and complex interior designs for commercial construction projects.  He and his family reside in Leander, Texas. This will be Tom’s 3rd season coaching with the Roots Volleyball family.