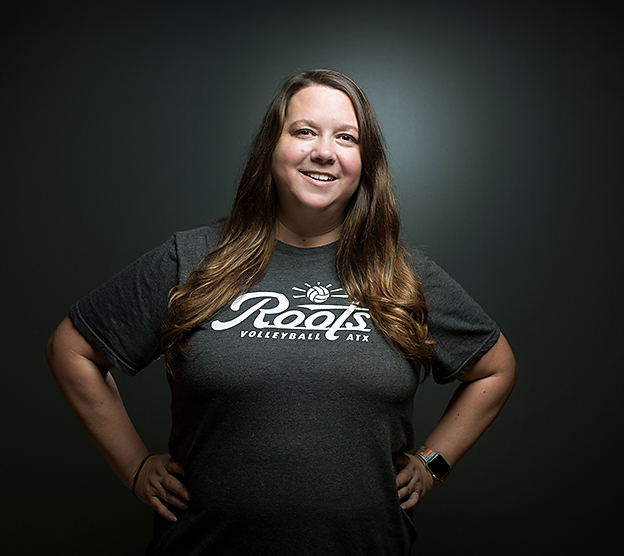 Shauna returned to her home to Victoria following her graduation, where she coached a junior college club team to All-Area District Championship. She also served as the assistant varsity volleyball coach at Faith Academy High School. Under her direction, FAHS qualified for the Texas State Championship.

Shauna moved into the club coaching sector while working on and receiving her MBA in Accounting at the University of Houston-Victoria. She was the head coach of multiple 16U teams (three seasons) and 13U teams (two seasons).

Shauna loves the game and feels everyone that wants to play should play as long as they are able. She actively plays both indoor and sand volleyball. She strongly believes in teaching the fundamentals and player development on and off the court. Shauna’s goal is to help her players develop and reach their full potential.

Shauna currently lives in Austin and works for AECOM in the Project Controls Department. She is active in the Austin Junior League and is an Adoption Counselor for the Austin Humane Society. This is Shauna’s 7th season coaching with the Roots Volleyball family.