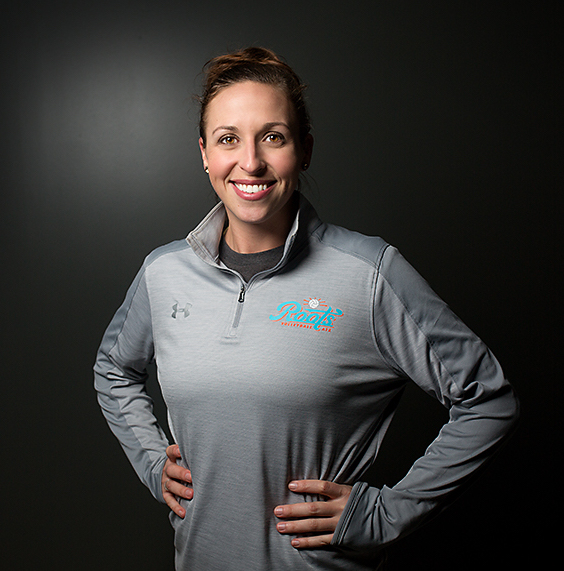 Marie Bruce was born and raised in Austin, Texas and was a 2004 graduate of John B. Connally High School, where she received 1st Team All-District honors as a sophomore and District MVP honors as a junior and senior. Marie was also a member of the All-Centex team. Marie won the Junior Olympic Gold in 16U Beach Volleyball in 2002. Marie continued her volleyball career at Southwestern University, where she received numerous All-Tournament and All-Conference awards during her time on the court. Her senior year she earned All-American recognition. Marie holds records at both Connally High School and Southwestern University.

From 2008-2010 she was an Event Director, running various volleyball tournaments and a club volleyball coach. She led her 2010 15s team to secure a bid to USAV Girls’ Junior Nationals and had a strong showing at the national tournament.