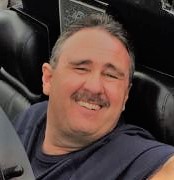 John was born in Baltimore, Maryland and has resided in the Austin-area since 1971. He graduated from Crocket High School in south Austin in 1983. Following graduation, he won a 4400 Scholarship to attendedCapital City Trade and Technical School in Austin for welding. He completed his American Welding Society Certification in 1984.

John actively played USAV competition in the 90s with other Austin-area men’s volleyball players. His second season he led his team to a silver medal finish in the Division “A” Regional Championships. His team was coached by Gene Chamblis who led his team (Aces) to a strong finish at USAV Men’s Nationals in Dallas, Texas. John has continued his coaching education by attending numerous events, clinics, and camps led by Al Scates, Wally Martin, and Pat Powers.

Previously John coached at another Austin-area club. He was the assistant coach for a 17U national team for the 2018-2019 club season and led his team to two strong second place finishes. Last season (2019-2020) he was the head coach for a 16U regional team and led his team to several strong finishes including a third-place finish before the season was cut short due to COVID.

John start Autocraft Bodywerks in 1984 in Austin, Texas and grew the company to multimillions in revenue before selling it in 2014. John then stared Jurassic Car Wash in 2015 and currently runs it.

John resides in Austin, Texas and has one daughter. She is in her 3rd year of college and is a dance major. He spending his free time collecting old cars and automotive memorabilia. This is John’s first season coaching with the Roots Volleyball family.