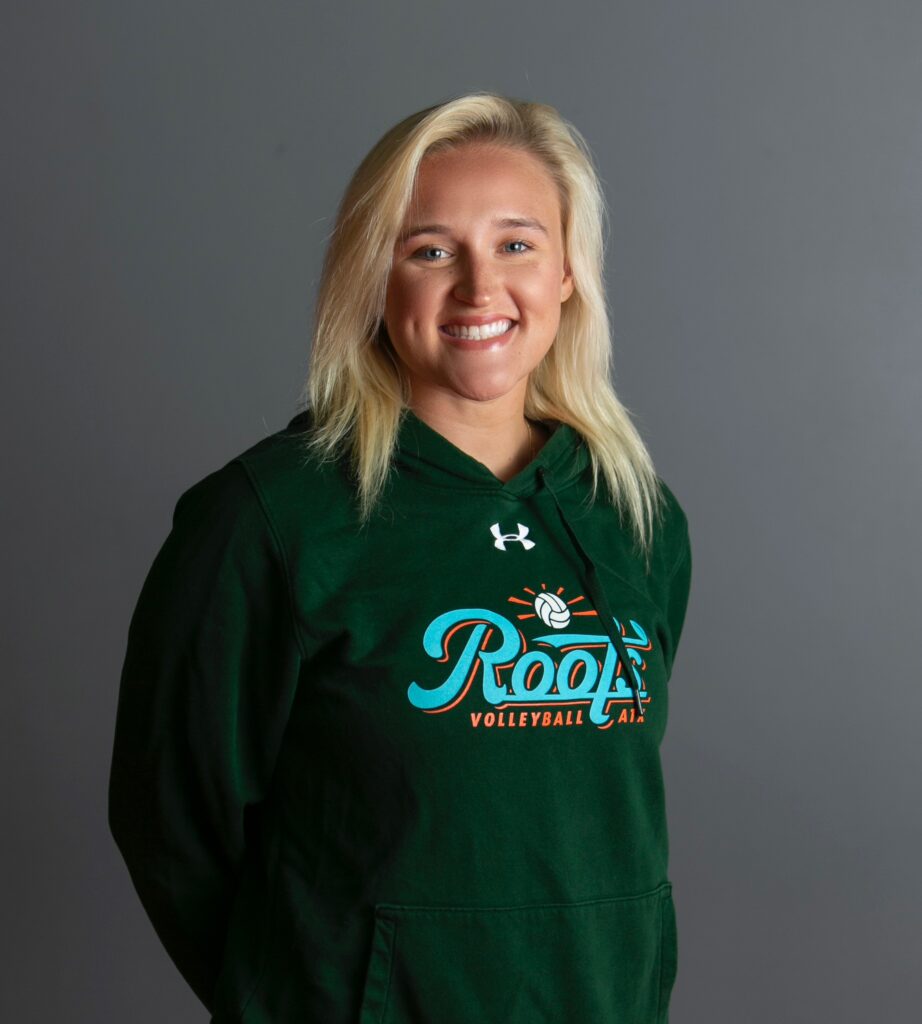 Grace was born in Kerrville, TX and attended high school at Hyde Park High School in Austin, Texas. As a Lady Panther she was a 4-year varsity member. She earned numerous accolades on the court including Team MVP, Team Defensive MVP, multiple 1st Team All-District, 2nd Team All-State, and Academic All-District honors.  She was a multi-sport athlete and also excelled on the soccer field. Grace was a 3-year member of the varsity soccer squad and also earned 1st Team All-District and Team Defensive MVP honors.

She played club her entire club career (12U-18U) for Roots Volleyball. She was a team captain four seasons and was a member of one of the winningest teams in Roots Volleyball history seeing four USAV Girls’ Junior National appearances.

Grace’s 12U team (12 Green) earned an American bid to USAV Girls’ Junior Nationals at Lone Star Regionals and had a top 25 finish. Grace’s 13U team (13 Green) narrowly missed qualifying with a 3rd place at Colorado Crossroads National Qualifier in Denver, Colorado. Her 14U team (14 Green) qualified at the Nike Mideast Qualifier (USA division) in Indianapolis, Indiana with a 1st place finish. She led her team to secure a silver medal, which was the first medal ever earned for Roots Volleyball, at USAV Girls’ Junior Nationals.

Following her 2018 graduation from HPHS she continued her career collegiately at Mississippi College in Clinton, Mississippi. She played two seasons for the Lady Choctaws volleyball squad. As a true freshman she played in 41 sets and totaled 31 digs, five assists, and eight service aces. She recorded her season-high eight digs, twice during the season (Texas-Permian Basin-8.24 and Quincy-8.25). She also registered a season-high of five aces at Loyola-New Orleans (10.9). Her team saw a 50% increase in their wins under Grace’s guidance from her 2018 season to her 2019 season. She transferred following her sophomore season and is currently finishing her degree at the University of Texas.