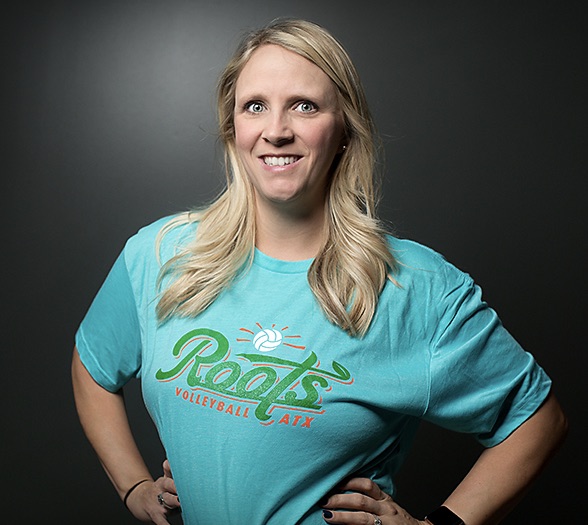 Courtney graduated from Leander High School in 2005 and was a four-year volleyball letter winner. She was named to the North Austin 5A Dazzling Dozen and 2nd Team All-District her senior year (2004-2005). Courtney also played club volleyball for Austin Metro. She led her 17s team to a 5th place finish at the Las Vegas Qualifier (Open division).

Courtney continued her volleyball career collegiately through her commitment to play for Blinn College in Brenham, Texas, a Division l Junior College. She led her team to the National tournament and secured a 5th place finish both seasons as a Lady Buccaneer. Following her successes at Blinn, Courtney transferred to St. Andrews University. She ended her senior volleyball career with 108 games, 464 digs, 49 aces, and 24 assists. She also received All-Tournament MVP and Conference Carolinas Division II All-Conference Team honors.

Courtney is a Grant Accountant for Round Rock ISD. She has a wonderful husband, Ryan, whom she met while at Blinn College. They are both proud parents of an 8-year-old boy, Colter; 5-year-old boy, Brenham; and a baby boy, Ryker. This is Courtney’s 9th season with the Roots Volleyball family.