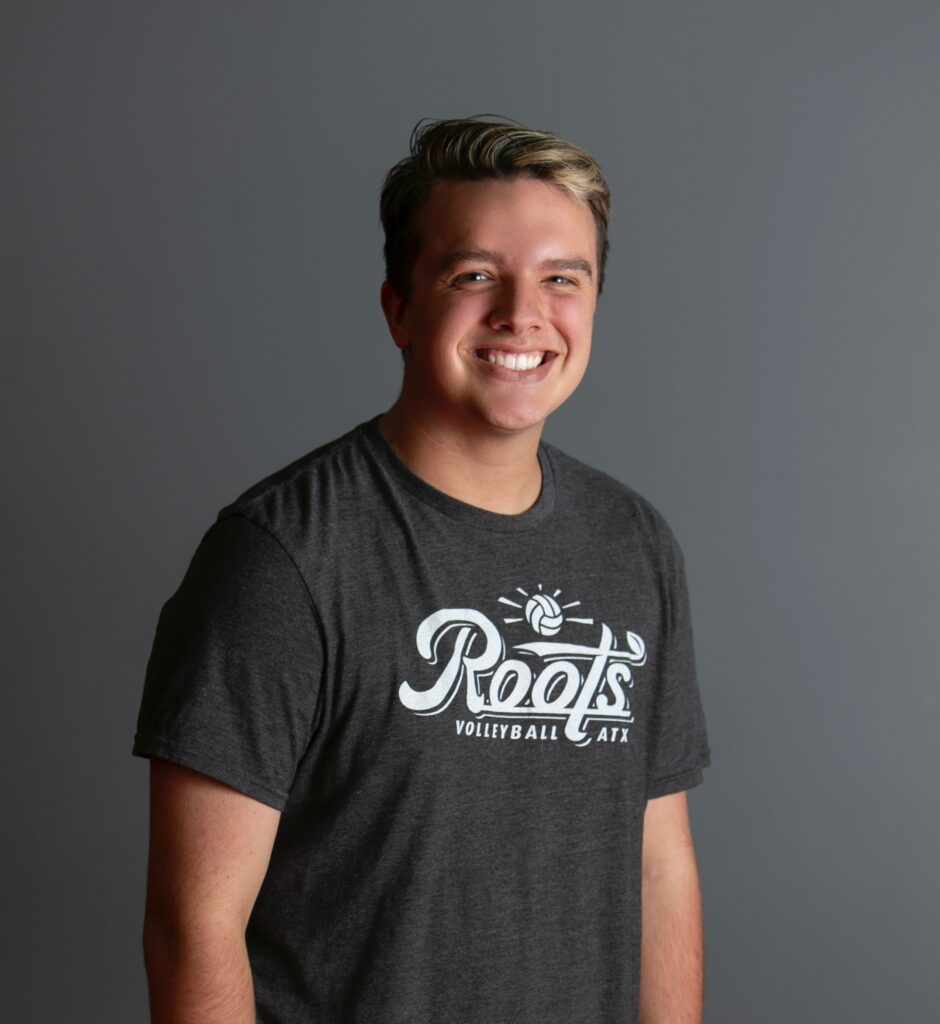 Brody was born in Round Rock and attended Round Rock High School (Class of 2017). During high school he ran Cross Country (2014-2016), was a PALS mentor, and was on the executive board of Dragon Nation. He earned JV Male of the Year honors his sophomore year for his outstanding performance and he also maintained a 4.0 GPA all four seasons.

He graduated from Texas State University (2021) with a degree in Elementary Education. While a Bobcat he has been a member of a Peer Mentor program assisting freshman students in their transition to college life and has been a Dean’s List member every semester.

Brody started his volleyball career as a volunteer practice player with his sister’s national-level club teams from 12s-16s (2013-2018, 5 seasons), and coached three seasons coaching for CapTex Volleyball club (2017-2020). Under his guidance, his teams have earned many honors including a 7-2 finish at the Show Me National Qualifier in Kansas City (2018-2019) with his 16U team and qualifying for the Texas Championship Series (2019-2020) with his 17U team. Brody also spent time assisting Granger High School’s Returners Camp (2019 school season). In his first season with Roots Volleyball (2020-2021) he served as the assistant coach for 13 Under Armour Green and 16 Under Armour Green. He earned Roots Volleyball Assistant Coach of the Year honors (2020-2021). This past season (2021-2022) Brody was the assistant coach for Roots Volleyball’s top 13s team – 13 Under Armour Green and co-head coach for Root Volleyball’s fourth 16s team – 16 Mesquite. 13UA Green qualified for USAV Girls’s Junior Nationals at Lone Star Regionals (American division). He led them to a strong finish in the Silver Bracket at JOs.

He currently resides in Round Rock and currently works for Round Rock ISD. This will be Brody’s 3rd season with the Roots Volleyball family.