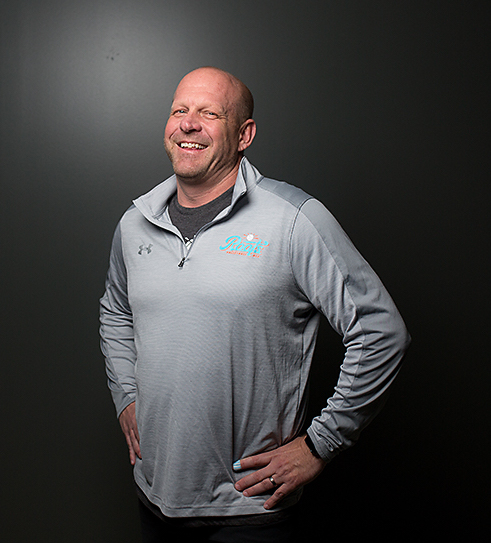 Ted Gilkey will be returning for a second season as one of our two dedicated Recruiting Coordinators for the 2020-2021 season. Ted will be taking time off from coaching to commit his time to our athletes and finding each of them the best fit for their collegiate future!

Ted began his coaching career with two seasons as an assistant coach at Division II Chico State University, where his team finished 9th in NCAA Division II Championships in 1992. From there, Ted moved on to an assistant coaching position at San Jose State. While with the Spartans, Ted played an instrumental role in the resurgence of the program with wins over nationally ranked opponents Hawaii, UOP and Brigham Young. After two successful seasons at San Jose State, Ted moved to the club ranks where he coached at Central Coast and later the renamed City Beach Volleyball Club, Ted coached his 16U team to three straight Junior Olympic Open appearances including a 5th place finish in 1997.

During his 3 seasons at Central Coast/City Beach, Ted coached two 16U Junior Olympic All-Americans, 1 Gatorade National High School Player of the Year, and 21 of his 29 athletes went on to play Division I volleyball at schools such as Florida, UCLA, Texas, Texas A&M, Oregon, Virginia, Yale, and Harvard.

Ted returned to college coaching at UCSB in 1997, the 1997 and 1998 UCSB teams were ranked as high as #2 in the nation in Division I volleyball. Highlights from those years include tough NCAA Sweet Sixteen and Elite Eight appearances and NCAA tournament wins over both UCLA and Texas. The 1997 team finished one match from the Final Four, losing to eventual National Champion, Stanford.

At UCSB, Ted coached 2 NCAA Division I All-Americans, 2 Olympians from the 2000 Sydney Games and 2004 Athens Games, and his recruiting classes were ranked in the Top Ten in the nation.

Ted and his wife Shane reside in Cedar Park, Texas with their three children Cooper, Dylan, and Blake.