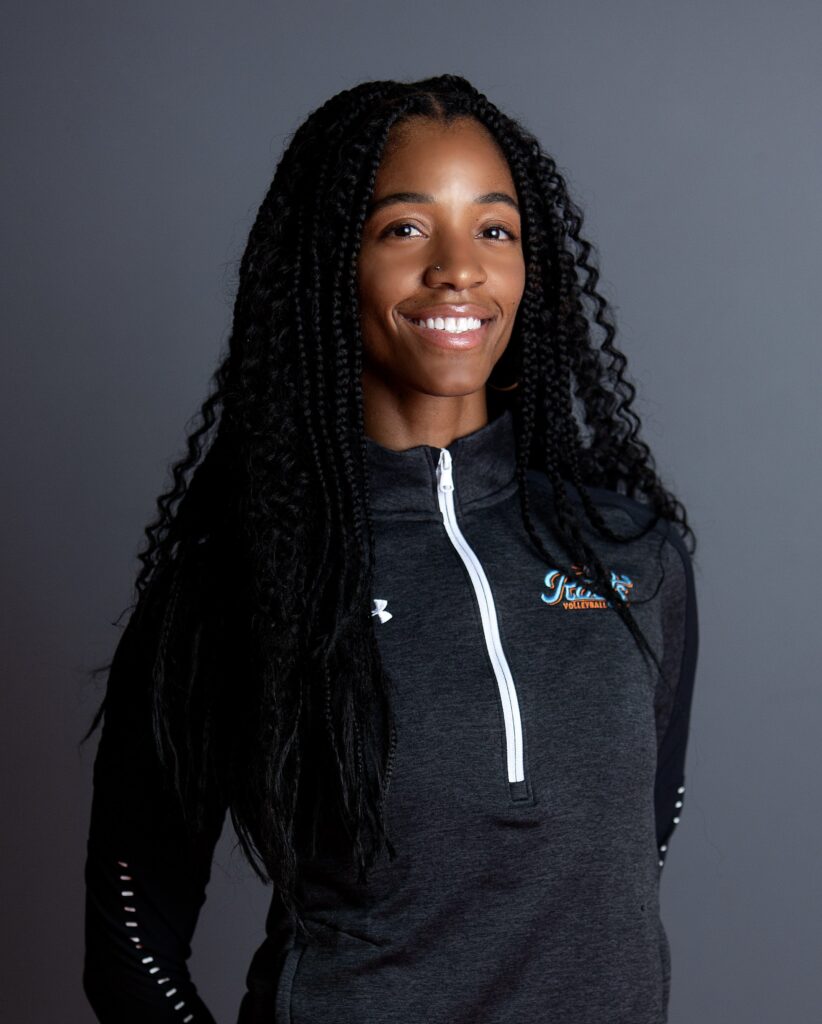 Capri Richardson will serve as the Technical Director for all Roots Rise teams and Recruiting Coordinator for the 2022-2023 season.  She arrives at Roots with a love for player development on and off the court. Currently earning her Masters in Mental Health Counseling at UMHB, she aims to provide support for young athletes navigating school, club and professional ball; as well as assist with player skill foundation and facilitate higher level volleyball acuities.

Last season (2021-2022), Capri was the head coach of Waco Juniors 18s volleyball team. Her team was able to gain a second-place title during their first tournament of the year at Tour of Texas Warmups with only four practices under their belt and no set starting lineup. She led her team to place 3rd or 5th at 90% of the national qualifiers and tournaments in which they competed during the club season. Ultimately, the team was able to win Tour of Texas and qualify for 18s GJNC by season’s end. Throughout the season, Capri held Next Chapter meetings that would assist players in their journey toward collegiate athletics. By the end of the year, Capri had played an integral role in helping all seniors transition to playing at the collegiate level. She also has club coaching experience in Washington and Denver as a 18’s and 16’s girls’ coach respectively.

Prior to last club season, Capri coached an indoor and beach season at UMHB (Division III). While serving as the Graduate Assistant coach for UMHB’s indoor volleyball team, Capri oversaw the team’s achievement of several milestones including: finishing as semi-finalists in the American Southwest Conference (ASC) Championships, making program history with its winningest season of 24-2, and five of its players gaining all-tournament awards, with one player gaining an honorable mention for the Region 10 AVCA All-Region teams. During the inaugural season of the beach team (2021-2022), she assisted in several of the team’s first ever wins; including a pair that she coached through a win against a higher seeded Division II program. Capri also coached a stint at Lock Haven University (Division II) as a graduate assistant for one year, training players in the gym and weight room. Due to COVID, the team did not compete that season.

As an undergrad, Richardson was an All-Conference middle blocker at the University of Montana. She was a two-time All-Tournament selection, All-Academic team member, Player of the Week and team captain. She finished her career with the Grizzlies with 206 career blocks and a .309 hitting percentage, ranking her third in program history. During her tenure, the Griz made 2 conference tournament appearances. Capri has also played professional volleyball in Austria, Kosovo and Slovakia as well as coached youth teams internationally. She was often named a top scorer and blocker in the league and countries she played. Richardson graduated from the University of Montana with a degree in psychology in 2015.

This will be Capri’s 1st season coaching with the Roots Volleyball family.