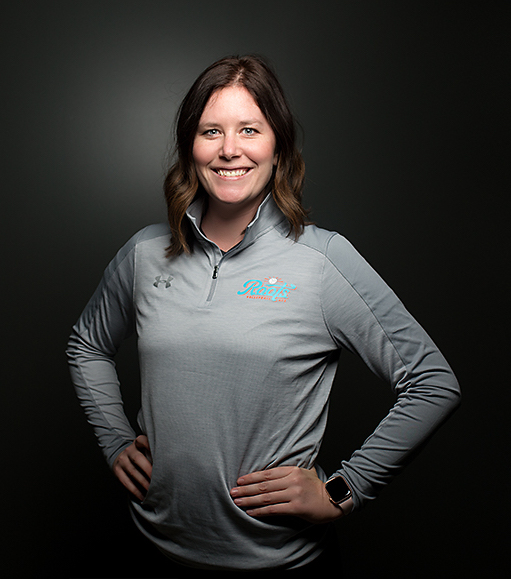 Lindsay Thompson will be returning for a 4th season as one of our four dedicated Recruiting Coordinators for the 2022-2023 season.

Lindsay is returned for the 2021-2022 to head coach after taking two seasons off to solely focus on recruiting for Roots Volleyball. Previously Lindsay coached 17 Under Armour (2017-2018), 16 Under Armour (2016-2017), and 15 Green (2015-2016). Prior to that, Thompson coached a wide range of age groups, head coaching 15’s through 18’s national teams for five seasons. In addition to coaching club, she has assisted in running several high school summer camps throughout the Austin area, including Lake Travis, Elgin, Stony Point and Westwood High Schools.

Thompson graduated from Southwestern with a Bachelor of Science in Kinesiology and currently works as the digital program manager for two non-profit organizations – Texas Hospital Association Foundation and Texas Healthcare Trustees. Lindsay is a Lake Travis High School and Southwestern University graduate. She is also a Roots Volleyball alumna. This season will be Lindsay’s 12th season as a member of the Roots Volleyball coaching staff.