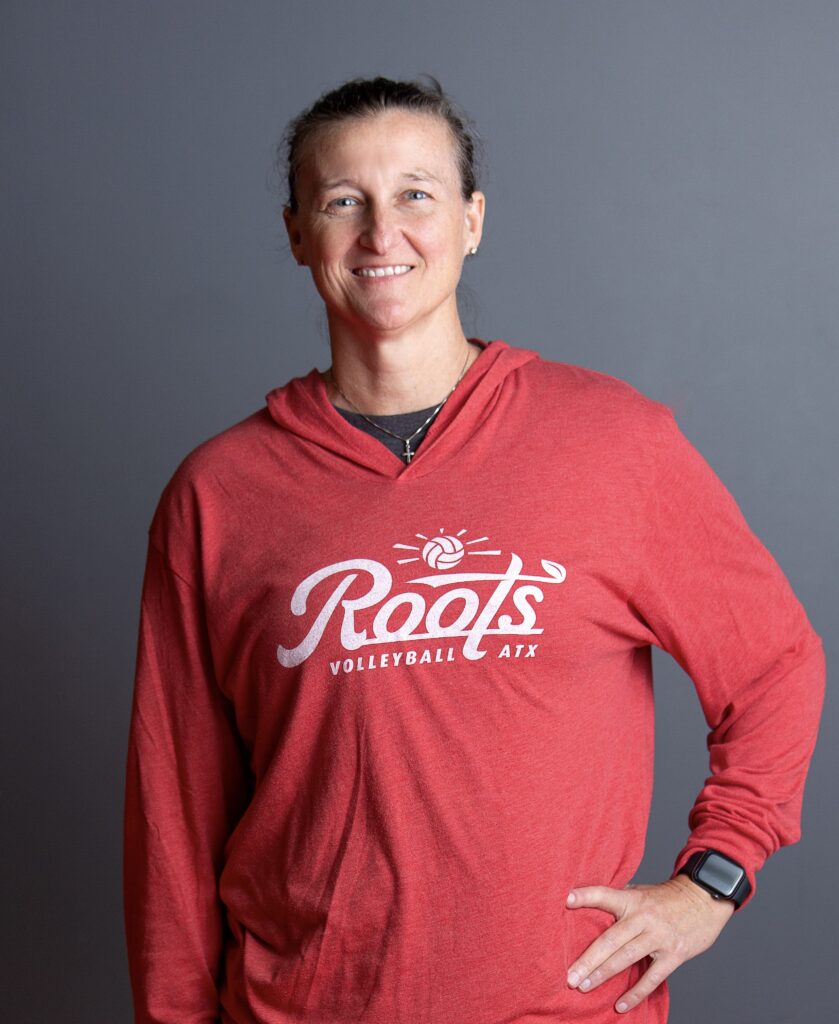 April Fricke has coached at the high school and collegiate levels. She currently is a national and collegiate official. Formerly a director in San Antonio, she joins the Roots Volleyball staff after she qualified both her 16s and 18s teams for USAV National this past season. We look forward to her guidance and fresh eyes in out gym.

This season (2022-2023) April Fricke is the head coach for Roots Volleyball’s top 16s team – 16 Green and she will serve as Roots Volleyball 15U-18U Technical Director and local Recruiting Coordinator.

April Fricke is familiar with all aspects of the sport of volleyball. She has coached at both the high school and collegiate levels.  She currently is a PAVO National, USAV National, Texas Association of Sports Officials volleyball official, and a personal trainer.

April served as Athletic Director of Incarnate Word High School in San Antonio for 5 years.  While under her guidance, she increased the number of student athletes committing to play at the collegiate level by 200%, engaged over half the student body in athletics, and secured five state titles.

For two seasons Fricke was the Head Volleyball Coach at Birmingham Southern College (BSC).  There she coached the SCAC Defensive Player of the Year and four All-Conference selections.  Prior to coaching at BSC, she was the assistant coach at Trinity University where she helped the program to four consecutive SCAC titles, four consecutive Division III NCAA Tournament appearances, and the 2006 Division III NCAA quarterfinals.  She also coached five All-American selections and led the team’s strength training and speed programs.

This is April 1st season coaching and her first season full-time with Roots Volleyball as a Technical Director and Recruiting Coordinator.