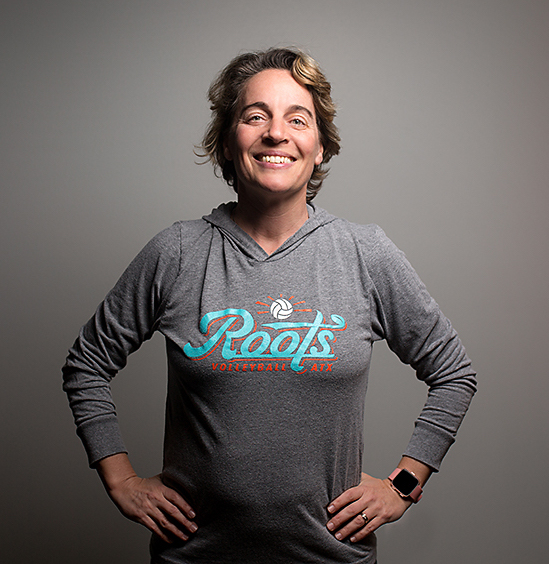 This is Tullia’s 13th year of coaching in the Austin-area. She previously coached for three other Austin-area clubs. Her teams, ranging from 12U to 18U consistently exceeded expectations, finishing the season with a higher seeding than their initial one.

Last season (2021-2022) Tullia served as the head coach for 15UA Blue and 14 Pecan and assisted for 16UA Green. The previous season (2020-2021) Tullia coached Roots Volleyball’s 14 Under Armour Green who qualified for USAV Girls’ Junior Nationals in Atlanta, Georgia at Big South. They had a strong showing in the USA division at JOs. The previous season (2019-2020) she served as the head coach for 12 HCI Black. In 3 out of 6 tournaments played, 12 HCI Black was seeded at the bottom and finished in the top 5. The team regional ranking improved from 131 (January) to 46 (early-March).

Currently, Tullia is the head coach for both JV and the 7th-8th grade team at St. Stephen’s Episcopal. This is her 2nd year at St. Stephen’s, where she’s also coached high school soccer and high school tennis. The 4 previous years, Tullia was also head coach of Round Rock Christian Junior High. In her 3 seasons, RRCAJH collected two 1st place and one 3rd place finishes in District. In the overall results of all teams combined, RRCA was first among all ACCA schools in all 3 years. In addition to coaching club and school volleyball, Tullia managed several youth programs, coaching over 200 girls aged 9 to 13 in order to prepare them for club volleyball.

A native of Italy and a player of 30 years of experience, Tullia played semi-professionally (“Serie C”): her success as an all-around player was due to mental toughness, high energy, and ability to read the game and anticipate the play. As a coach in Italy, she coached mini-volley (10-12U), developing athletes that went on to eventually play professionally and/or for the Italian Youth and Women’s National team.

Tullia holds USAV, IMPACT, CAP I, and CAP II certifications. She keeps updating her training constantly, and her mentors include present and former coaching staff of the US Women’s National Team and of the Italian Women’s National team.

Tullia’s coaching philosophy and methods are based on solid, scientific learning principles: 1) the “game teaches the game”: practices based on real game-like situations, with players developing a high volleyball IQ and a strong competitive spirit; 2) “playful approach”: it is scientifically proven that athletes learn faster and retain better when having fun and being emotionally engaged; 3) ” players as people”: the bond she’s able to create with her athletes and their families is strong and long lasting.

In her non-volleyball related life, Tullia is the Manager of a US-Italian Food Company; a certified translator; and a Certified Life Coach committed to empowering players to grow in the life skills acquired through playing the game. She lives in North Austin with the apple of her eyes, her son Brian (10), and her ever-supportive husband, Rick. This is Tullia’s 4th season with the Roots Volleyball family.