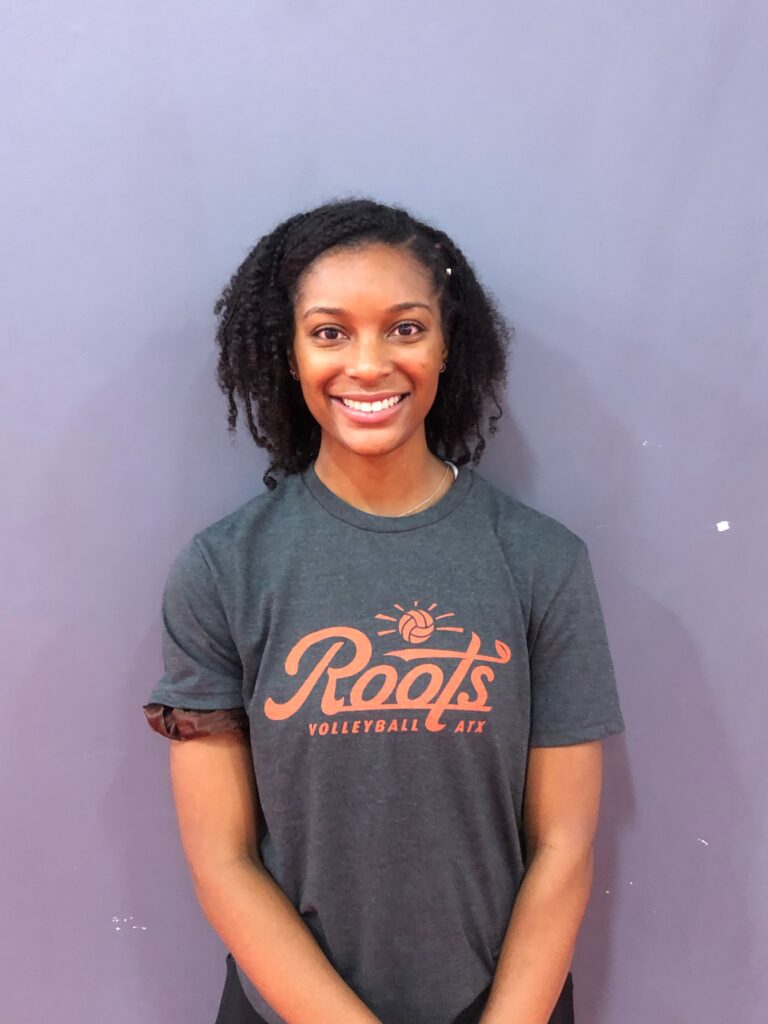 Sanaa graduated in 2019 from Spring High School.  She led her volleyball team to many strong finishes and earned the team MVP award during her junior season. She continued her education at the University of Texas, and she will graduate in spring of 2023 with her Bachelor’s in Science for Radio-Television and Film with a minor in Business.

Previously Sanaa coached 3 seasons of under 12 volleyball.  She currently works as a producer for a web series that will be released next year. Sanaa lives in north Austin and is excited to coach her fist season with the Roots Volleyball family.