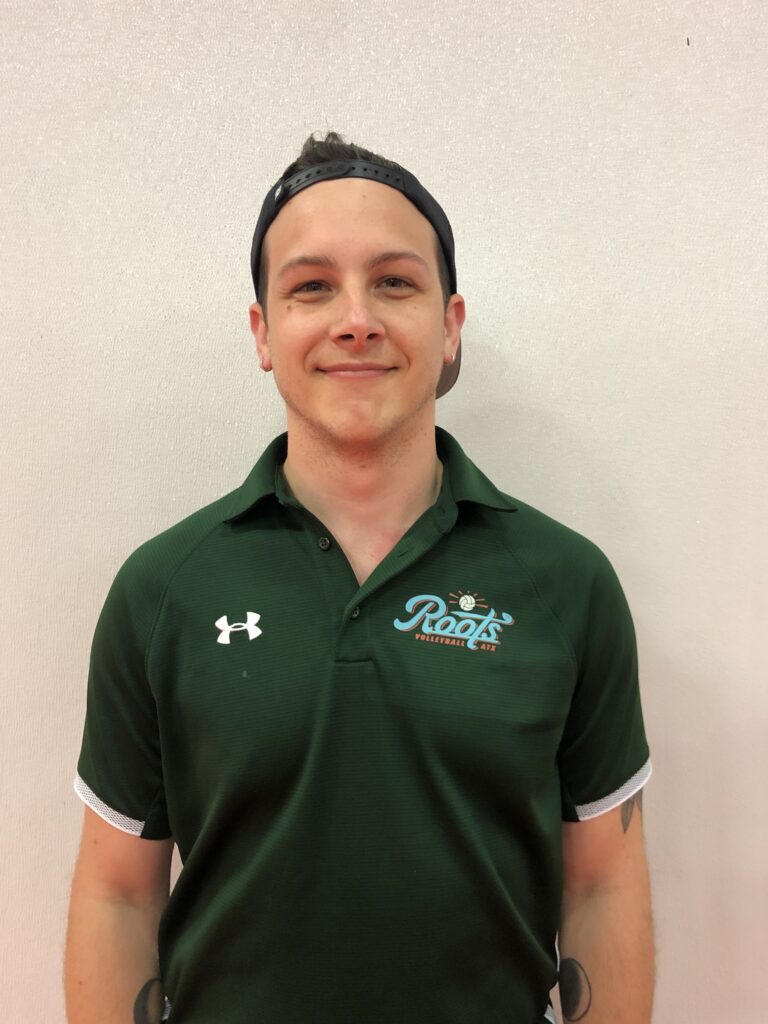 Previously, Matt coached two seasons with SA Magic in San Antonio. His teams performed well earning several medals. He served as the assistant coach from Roots 15 Pecan last season. He brings a wealth of knowledge and fun energy with him to the court.

Matt currently resides in Austin and works for Region 13 ESC. This is his 2nd season coaching with the Roots Volleyball family.