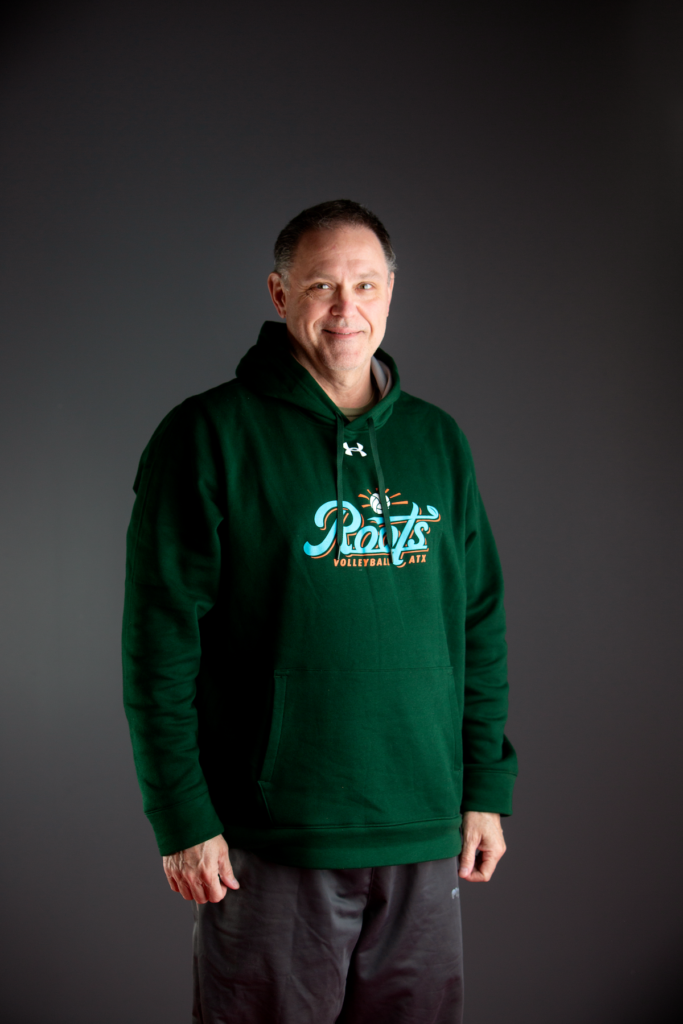 Kurt was a naval officer, completing “Hell Week” with class 155 during Basic Underwater Demolition/SEAL training, before a training injury.  He has a patented invention for fitness called the plyotower ™.  He also has jump training videos for at home use from his web site at www.plyomaster.com.

In the summers, Kurt runs a jump training program.  The rest of the year, he is the Athletic Director for Cathedral School of St. Mary’s in downtown Austin.  Kurt has coached club volleyball for a number of years and has also experienced raising three kids who also played club volleyball.  His three children, all grown, all earned collegiate athletic scholarships for volleyball.

Athletes who have jump trained with Kurt have typically increased their vertical jump by an average of an inch per week.  His program is a combination of jump technique specific to volleyball, explosive strength training, and developing the central nervous system to fire faster.  He is passionate about both jump training and volleyball.

Last season (2020-2021) Kurt served as the head coach for 17 Mesquite. This will be Kurts 2nd season as a member of the Roots Volleyball family.