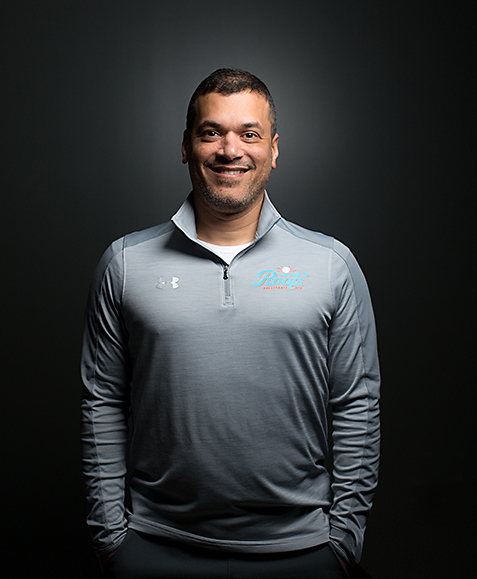 Jose was born in Bayamon, Puerto Rico. As a native Puerto Rican, where volleyball is the number one growing sport, he began playing at the age of 13 for different summer volleyball club teams. He attended Santo Tomas de Aquino High School. During his school years, he was an outside hitter with the private school’s league team. During his senior season (1991), he served as his team’s captain and led them to a 1st place finish at the League Tournament.

Jose continued his volleyball career collegiately at the Polytechnic University of Puerto Rico. He played as a defensive specialist and graduated in 1996 with a bachelor’s degree in Land Surveying and Mapping.

Jose is IMPACT and SafeSport certified. He works at Halff and Associates as a Senior Survey Tech. He has been married 23 years to his wife, Ileana.  They are the proud parents of three girls – Claudia (22), Gabriela (19), and Roselyn (9). This is Jose’s 6th season coaching with the Roots Volleyball family.