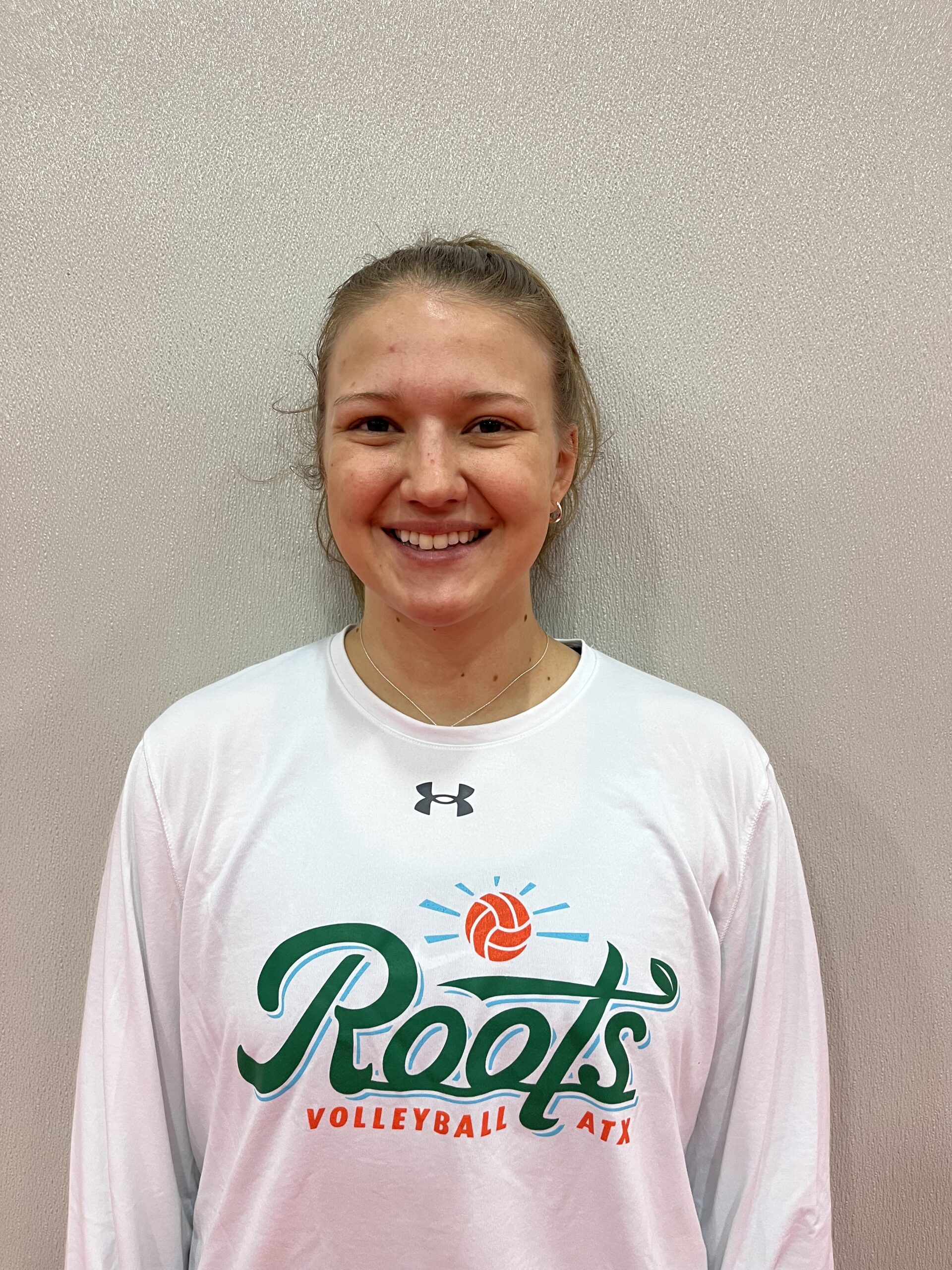 Isabelle was born in South Lake Tahoe, California and she attended Douglas High School. She graduated with the class of 2017. Isabelle was a standout on her volleyball team and earned numerous awards for her high level of play including being a member of the All-State team (2014, 2015, 21016).

Isabelle continued her volleyball career collegiately at University of Connecticut. She was the recipient of the Iron Husky for all four seasons of play (top 2 strongest and fastest players in the program) and even played volleyball in the Pentagon for a preseason tournament. Isabelle excelled off the court too earning her Bachelor of Science in Finance in 2021 and she graduated with honors.

Last season (2021-2022) Isabelle served as the assistant coach for Roots Volleyball’s third 18s team – 18 Maple and was a floater coach for several teams. Isabelle lives in Austin and works as a Recruiter at a financial planning company – 49 Financial. This will be Isabelle’s 2nd season coaching with the Roots Volleyball family.