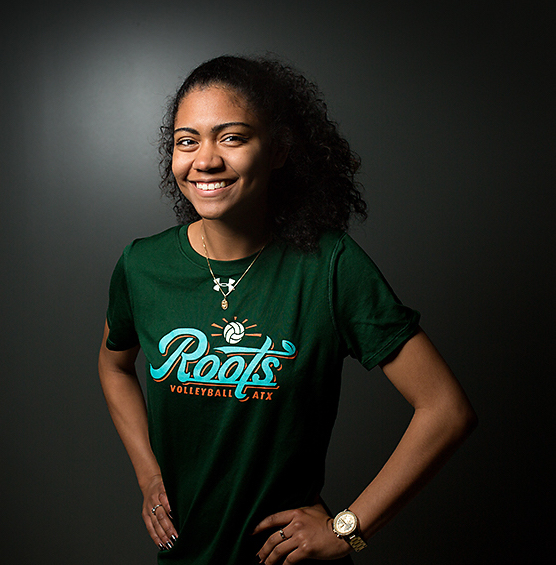 She continued her volleyball career collegiately at the University of Mary Hardin-Baylor and will graduate with a degree in EC-12 Physical Education this coming May. She continued earning on the court accolades including All-West Division Honorable Mention (2016, 2017), Second Team All-West Division (2018), 10 ASC West Division Defensive Player of the week awards, and led her team to a 2018 Conference Championship (2018). She also excelled off the court earning a spot on the ASC Fall All-Academic Team (2016, 2017, 2018).

Haleigh has assisted a number of Roots Volleyball program and many summer camps at UMHB. She also coach Roots Volleyball’s 12 White team last season. She is looking forward to coaching high school in the Austin-area after graduation. This is Haleigh’s second season with the Roots Volleyball family.