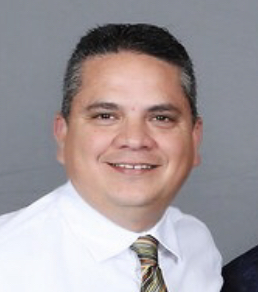 Originally from El Paso, Texas, Eric Soto has been coaching volleyball for 21 years. He was introduced to the game in 1999 when he was asked to coach 7th grade girls at the middle school at which he was teaching. Since that time, Eric has coached middle school and high school at the 3A, 4A, 5A, and 6A classifications. In 2009, his family moved to Central Texas, after he joined the coaching staff at Hutto High School. After leaving Hutto, Eric was the varsity head coach at Taylor High School for six years. Last school year he moved on to become an assistant at Cedar Ridge High school and this upcoming season he will lead the Raiders as the head varsity volleyball coach.

Eric began his club coaching experience in 2003 with Sunspots Volleyball Club in El Paso. From 2005 to 2009, he coached for Rapidfire Volleyball Club serving as a head coach from 14s, 15s, 16s, and 18s. Eric also served as the Club Director for Rapidfire, in his last two years with the club. Since his move to Austin area, he has coached for Pflugerville Volleyball Club, Texas Eclipse Volleyball, Club Jollyville, and CAPTEX VBC at 13U-17U.  He is very excited to be joining the Roots Volleyball staff. Eric is IMPACT certified, CPR/First Aid/AED trained, and is a member of the Texas Girls Coaches Association and Texas High School Coaches Association.

Eric is a World Geography teacher at Cedar Ridge High School. He earned a Bachelor’s Degree in Liberal Arts (History) from the University of Texas at El Paso in 1998. He is married and has three children. Outside of volleyball he enjoys cooking and listening to music. This will be Eric’s first season with the Roots Volleyball family.