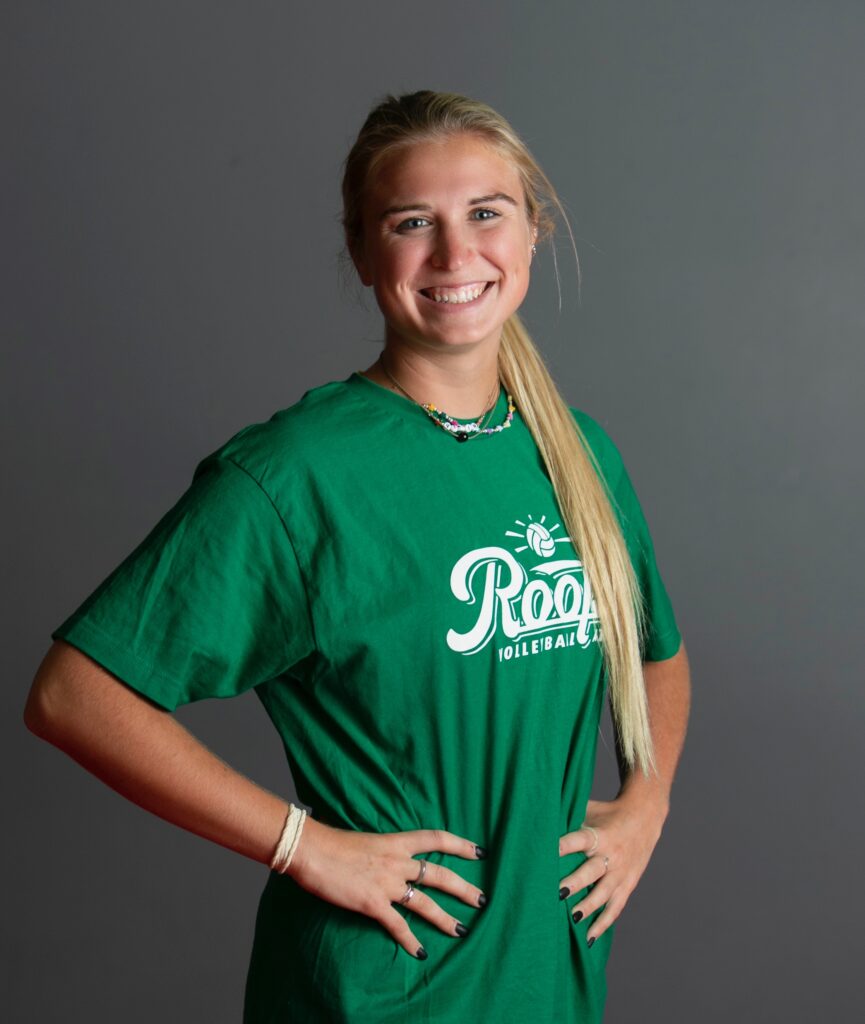 Ashley was born in Akron, Ohio. Her first year of college she attended Loyola Maryland where she played volleyball and received Patriot League Player of the Week and All-Patriot League Team honors. She then attended Texas Christian University from 2018-2019 and finished her collegiate career at the University of Cincinnati. During her senior season at the University of Cincinnati, she posted in the top 10 assists in the country the majority of the season. She graduated in 2021 with a Bachelors Degree in Marketing and Biology and currently works for a tech start up in Austin called Crowdmouth.