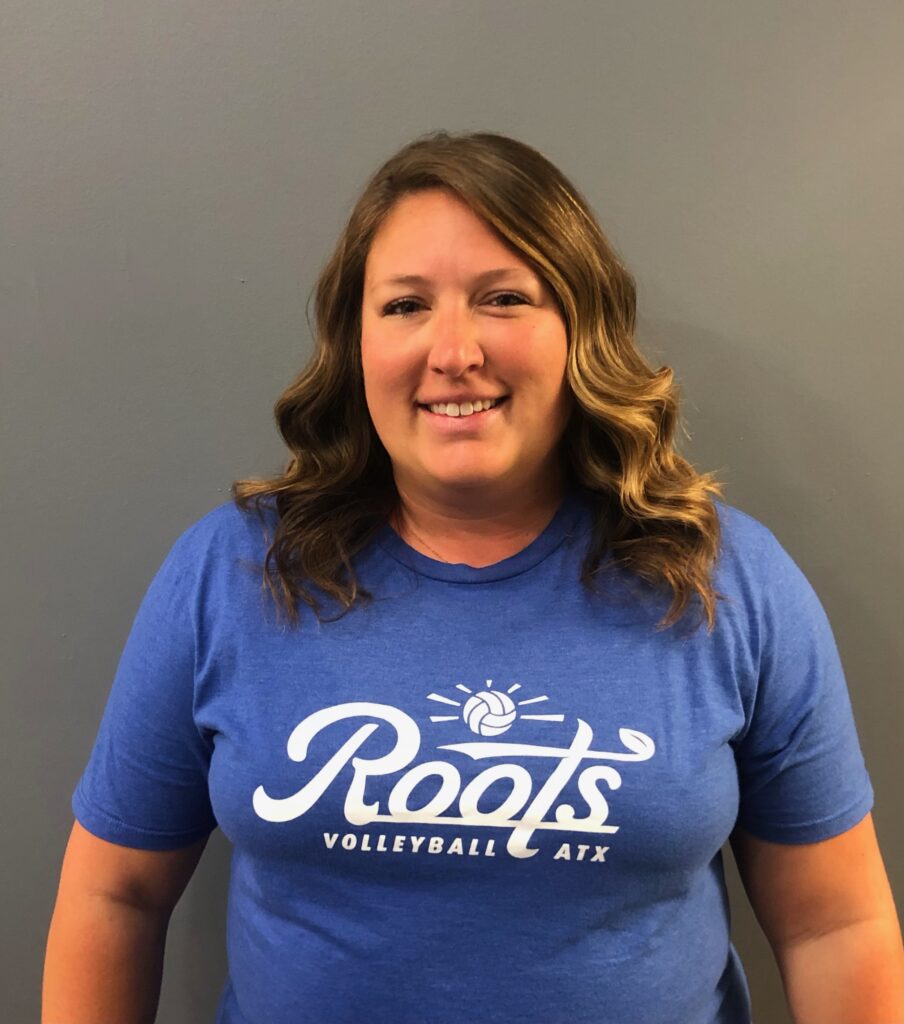 Coach Ashley was born in Austin, Texas; however, her Dad was an Air Force pilot, which meant that they didn’t stay long in one place. Ashley lived in various cities around Texas, Kansas, and Illinois. She attended high school in Derby, Kansas where she played volleyball as a setter, and played basketball and soccer. She then attended College at Texas State University majoring in Exercise Sports Science. However, her family was living in Illinois at the time so she decided to join them and attended McKendree College.

During this time she was teaching swim lessons at a YMCA when she learned her true passion for educating young children. She also coached a local Illinois Club 17s team. During her student teaching, she received an exciting opportunity to be the head coach of the local middle school. She graduated from McKendree University shortly after with a Bachelors in Elementary Education. She began her teaching career and took a break from coaching volleyball to focus on her new career. She has since made her return to coaching and is very excited to be a part of the Roots Volleyball community.

Ashley believes that developing a relationship of mutual trust and respect between players and coaches creates a driven atmosphere on a team. She believes that having fun and working hard go hand in hand. Having experiences together as a team that bond you, will strengthen teamwork and create a positive experience no matter what the situation.

Ashley currently teaches Reading Intervention at Meridian Primary School and lives in the Austin-area. In her spare time she enjoys water activities, spending time with her family, and traveling.