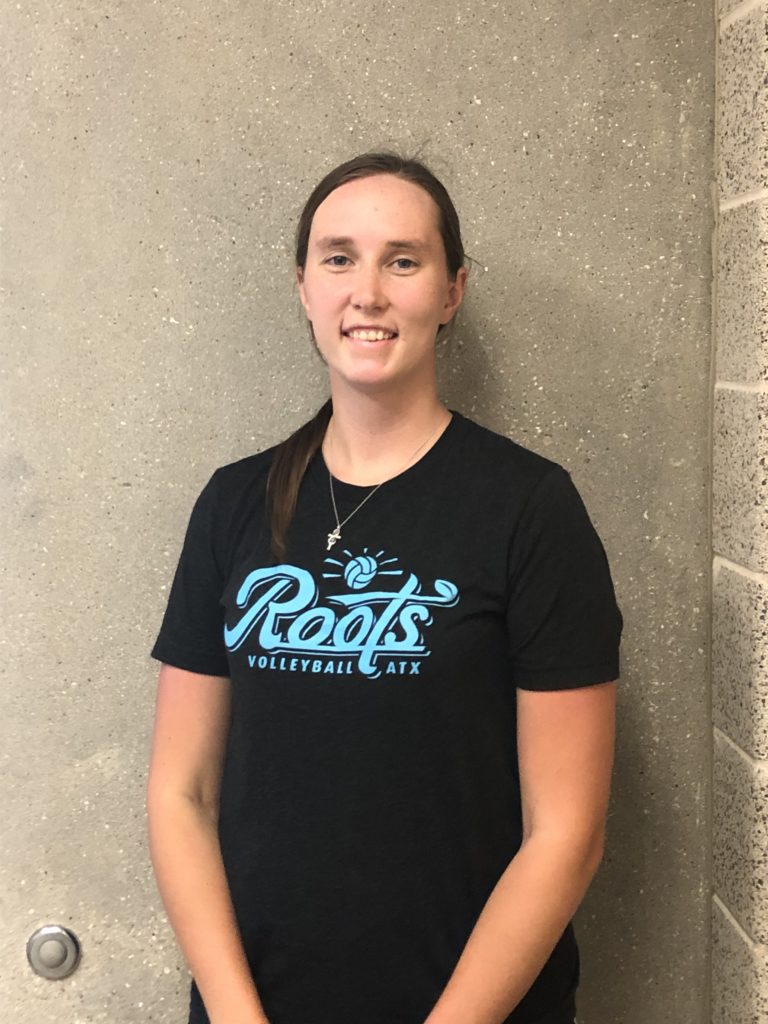 Ashlee was born in Wichita Falls, Texas and graduated from Leander High School. During her time as a Lady Lion she was named Most Outstanding Hitter and ranked third in central Texas in kills per set (5.1) while also racking up 148 blocks in a single season.

While at Texas State University she served as a student assistant for the volleyball team and assisted with middle blockers. She followed her time coaching at TSU as the assistant coach for Tarleton State’s volleyball program. Ashlee has coached club volleyball for the past 9 seasons (12U-17U).

Ashlee is a 1st grade teacher for Leander ISD. She has been married to her husband, Jordan, for 3 years and they reside in Leander, Texas. This will be her first season with the Roots Volleyball family.