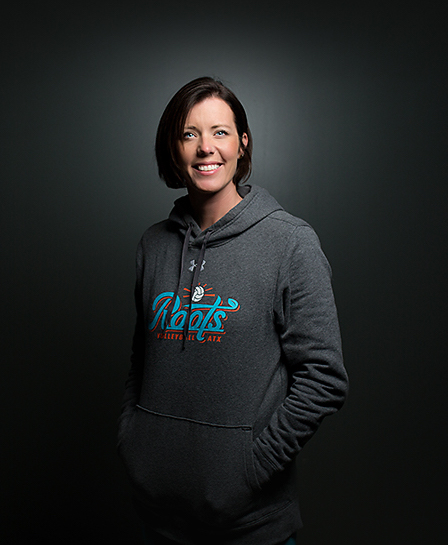 Glenn was the starting setter for Texas Lutheran University (1998-2002). At TLU, she was voted team captain and earned honors as a two-year member of the Southwest All-Conference team. Glenn graduated from Texas Lutheran University with a Bachelor of Arts in Education. Previously, she attended Leander High School. Glenn was a standout setter for the Lady Lions. Following her graduation from TLU, she took a position with New Braunfels ISD as the head coach of the 5A Lady Unicorns. Under Glenn’s direction, they had two of the most successful seasons in school history.

Glenn is entering her 14th season coaching volleyball. Before joining Roots Volleyball, Glenn coached three seasons for Centex Volleyball Club in New Braunfels, Texas. This will be her 10th season with the Roots Volleyball family. She returned to Roots Volleyball five seasons ago after taking two years off to spend time with her family while building a successful photography business (Abby Glenn Photography). Abby and her husband, John, have four children; Carson, Caden, Lexi, and Chandler; and two dogs, Penny and Jessie. They currently reside in Liberty Hill.