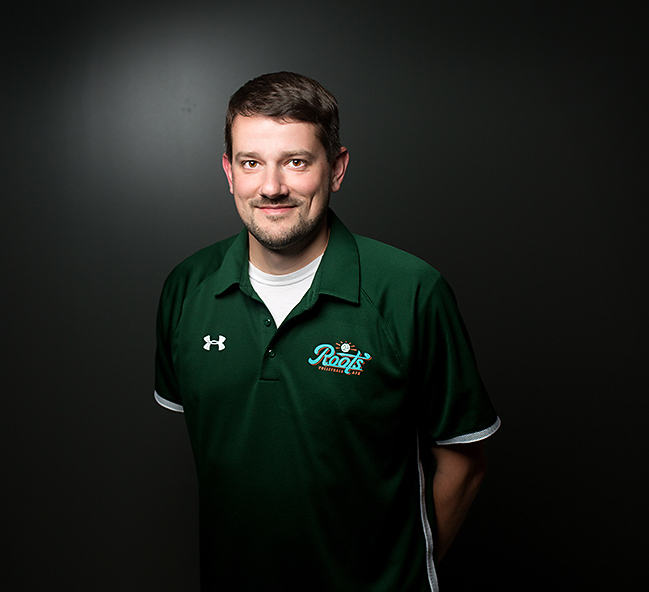 Last season (2021-2022) Aaron was the assistant coach of 18 Under Armour Green and led his team to 3rd place finish in Indianapolis, Indiana at USAV Girls’ Junior Nationals (USA division). Additionally, Aaron led his team to two 9th place finishes in the Open division at Music City Volleyball Championships in Nashville, Tennessee and Lone Star Classic 18s Qualifier in Austin, while qualifying for JOs with a first place finish at AVC 18s National Qualifier in Dallas.

The season before (2016-2017), he served as 18 Under Armour’s assistant coach and 15 Under Amour’s assistant coach. 15 Under Armour finished 5th in the Lone Star Championship Series and had a strong showing at the Nike Mideast Qualifier (USA division) in the gold bracket. The previous season he served as the assistant coach for the top 16s team – 16 Green (2015-2016). 16 Green qualified for the Tour of Texas by going undefeated in their 8 matches played and finished 5th out of the top 24 teams in the state of Texas at the Tour of Texas Finals (prequalified for the 2016-2017 season). 16 Green finished 5th at the Windy City Qualifier (USA division) in Chicago, Illinois and secured their bid with a 2nd place finish at the Show Me Qualifier (USA bid) in Kansas City, Missouri. 16 Green finished 11th place (USA) at the USAV Girls’ Junior National Championship in Indianapolis, Indiana.

Urbanek is a McNeil High School and Texas A&M graduate. He earned a Bachelor of Science in Biomedical Science in 2004, and a Bachelor of Science in Entomology in 2005. Aaron currently works for the City of Austin. He is actively playing competitive sand volleyball. Prior to coaching, he was playing USAV competition as a middle blocker and opposite. Urbanek’s men’s club team competed at the USAV Men’s National tournament in 2010 and won the Bronze. This is his 12th season coaching with Roots Volleyball. Aaron and Heather currently reside in Leander with their dog, Rocky.